Chan Chan and Trujillo: A Backpacker’s Guide to Peru 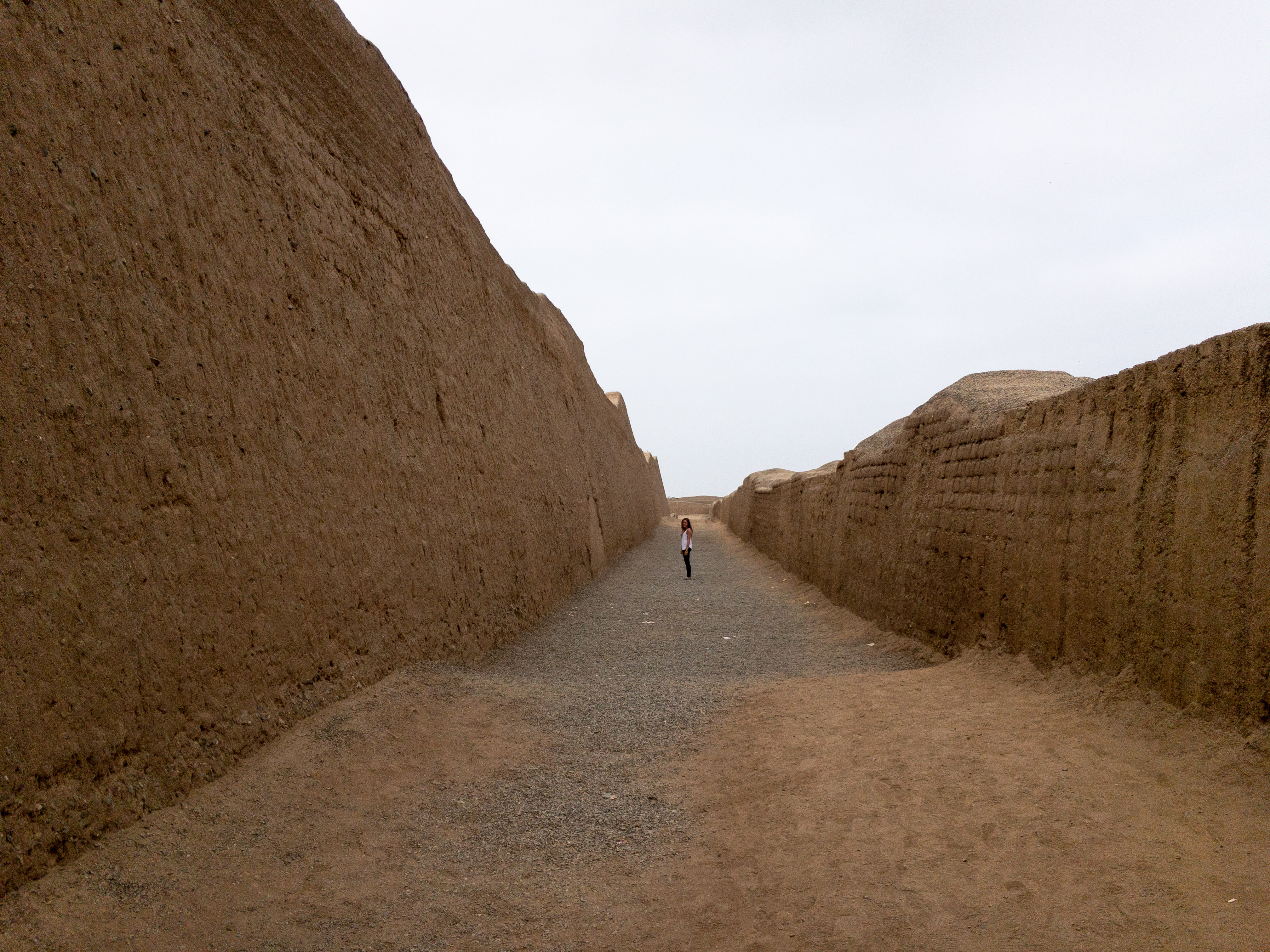 I’m not going to lie, Trujillo and the nearby beach town of Huanchaco in northern Peru were two of the biggest shitholes I’ve ever found myself in.

Trujillo was a pit stop on our way south after coming from Ecuador. After 24 hours, 4 buses, and a 3:00am border crossing- where we had to wake up the immigration officer- we took Lonely Planet’s advice and decided to stay in the smaller city of Huanchaco instead of downtown Trujillo.

But the moment we stepped out of the cab, I felt an odd vibe. The whole town had a semi-abandoned feel and a gray haze hung over the place. Vultures circled overhead.

We had no internet and couldn’t look up recommended hostels, so with the sun close to setting we wandered the streets, exhausted, looking for somewhere to stay. When a tanned man sprouting white hair peeked out of a nearby door and asked us if we needed a room, we were immediately resigned to say yes.

After our hostel that resembled a luxury spa in Vilcabamba, our last stop in Ecuador, going to the shittiest hostel I’ve ever stayed in was quite a hit. The bathroom had no soap or toilet paper, an opened lube packet lay in one of the drawers, and weird, electronic Peruvian music blasted late into the night.

When we quickly decided that we wanted to stay only one night instead of two, the manager gave us a strange, quiet stare, and then ventured to mysteriously say, “You know, I’ve seen some things…”

I was pretty certain he was going to come murder us during the night.

We left the next day. We booked a night bus to Huaraz and spent the afternoon visiting the pre-Columbian ruins around Trujillo, which was the original reason we wanted to stop in the city.

The first site we went to was the ancient Chimú city of Chan Chan, dating back to 900 A.D. The high sand walls of the city used to house 60,000 inhabitants, and the sheer size of the ruins was impressive; probably less than half of it has been excavated.

We also stopped by the Museo de Sitio Chan Chan near the site, which was nothing to write home about, as well the the Huaca Esmeralda, which was oddly situated in the center of Trujillo and guarded by a Peruvian hairless dog.

We then took a cab to the Huaca de la Luna on the other side of the city. This was definitely the most interesting part of our time in Trujillo. With a 10 soles entry ticket we got a free guide, who told us the history of the temple. Built by the Moche civilization almost 2,000 years ago, the temple used to be a sacred place for elite priests. Human sacrifices were sometimes performed there, and you can still see colorful reliefs in the lower levels of the huaca.

A second temple, the Huaca del Sol, which you can see from the Huaca de la Luna, has yet to be fully excavated. The valley between the two also has ruins of an ancient city, but most of those have not been fully dug up either. Our guide told us that the Peruvian government doesn’t give the archeologists any money, so they have to wait for private groups to fund excavations.

Worth it? If you don’t mind staying in a pretty strange and creepy place, the ruins were interesting to see. If you don’t care about the ruins, don’t hesitate to skip Trujillo.

What to bring: Yourself, and then promptly get the hell out of there.

What did you think of Trujillo? Would you recommend it to others? Let us know in the comments!

Searching is in progress